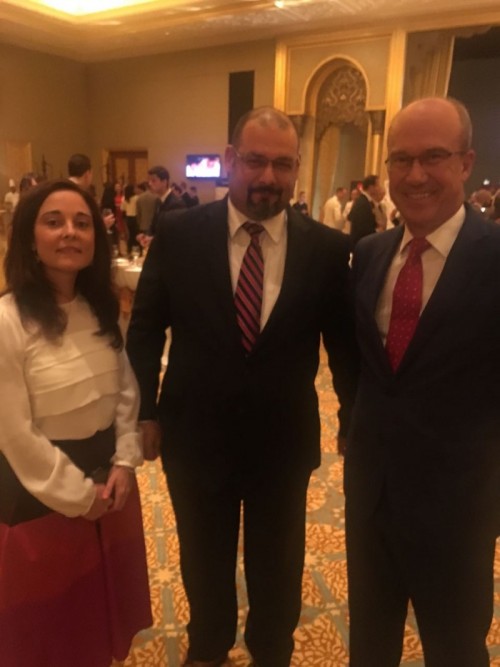 On 12 October 2016, the Managing Partner & CEO, Mr. Walid Jumaa along with Partner Ms. Maria Rubert of United Advocates, attended the National Day of Spain, organized jointly by the Spanish Business Council and the Embassy of Spain in the UAE at the Emirates Palace Hotel, Abu Dhabi.

During the welcome speech, H.E. José Eugenio Salarich, Ambassador of Spain enhanced the relation between Spain and the UAE and Ricardo Fisas, Chairman of the Spanish Business Council, highlighted the role of the Spanish companies all over the world.

More than 1,000 attendees, including local authorities, diplomatic representatives and the Spanish Community participated in the Spanish National Day. His Excellency Dr. Thani Ahmed Al Zeyoudi, Minister of Climate Change and Environment for the United Arab Emirates was also present at the event.