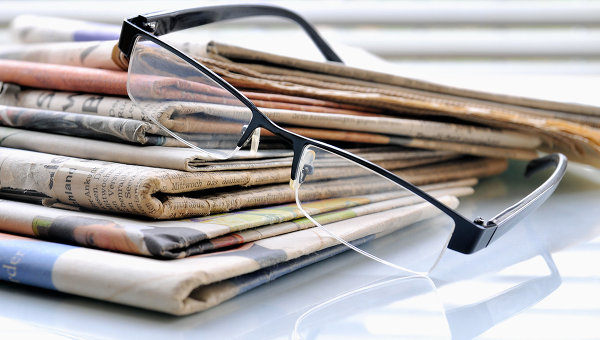 Concession or license agreements have evolved considerably since their introduction in the early 1900s as one-sided contracts when many of the resource-rich nations of today were dependencies, colonies, or protectorates of other states or empires. The modern form of such agreements often grant an oil company exclusive rights to explore, develop, sell, and export oil or minerals extracted from a specified area for a fixed period of time. Companies compete by offering bids, often coupled with signing bonuses, to procure license to such rights. This type of agreement is quite common throughout the world and is used in nations as diverse as Kuwait, Sudan, Angola, and Ecuador.

Modern concession agreement replaced the traditional concession regime in 1940s, when Venezuela imposed additional financial burdens (such as profit sharing scheme in the form of taxes) on its foreign investors.

The new modernized concession can be differentiated from the old traditional concession by the following  features such as smaller concession area; presence of a relinquishment provision; much shorter duration; the possibility of prolongation in case of the commercial petroleum production initiation; increased state control and possibility of participation in the petroleum investment project;  major financial improvements in the form of equal profit sharing,  rentals, new royalty payments, bonuses system and income tax.

The modern concession system appears to be far more dynamic and flexible in accommodating different perspectives and interests of the contracting parties.

Production Sharing Agreement (“PSA”) is a form of an agreement under which the state retains ownership of the resources but permits foreign corporations to manage and operate the development of the oil field, thereby negotiating a profit-sharing system.  Under a PSA, an oil company carries most financial risks of exploration and development, with the state also facing some risk. Often the national oil company joins the consortium as an interest holder in the PSA, contributing some of its profits as share capital to the consortium that is developing the area granted under the PSA. Often the host government has the cost of its initial contribution “carried” by the other companies. This carried cost is repaid to the companies from the host government’s future profits under the PSA. If the government refuses to contribute to the share capital, then the oil companies try to negotiate a greater share. The exact split is a result of hard bargaining since there are no scientific determinants of what a reasonable split should be. The financial terms of the PSAs are similar to those of the license agreement, although the differing structures may lead to different commercial results. The host government often earns a signing bonus, although this is regularly waived or traded for a greater share of future profits. The oil company is first entitled to cost recovery for both current operating expenses, expenses for materials consumed or used in the year in which they were acquired, and capital investment—expenditures for assets such as buildings, equipment, and computers, which have a longer shelf life. Cost recovery for current expenditures is immediate, in the year in which the expenditure is incurred, and cost recovery for capital investment is spread over a number of years. There are grey areas where accountants can reasonably reach different conclusions as to whether certain items, such as books and tools, should constitute an operating expense or a capital cost. The remainder of the annual earnings after repaying for company’s operating expenses and capital investment, as depreciated in that year, is then shared according to the agreed percentage division with the host government.

The foreign company is required to pay taxes on its share, but these are often waived by the host government and included in the company’s portion of the agreed percentage split. PSAs have developed in a way that today there are many different versions resembling each other only in the basic concept of sharing. This variation is not surprising as they are a product of intense negotiations and the interests of each party naturally differ with the circumstances. The complexity of a PSA depends on the soundness of the legal infrastructure of a state. Less reliable and/or predictable a state’s legal system is, the more issues must be covered and specified within a PSA.

However, the hybrid variations of a PSA with regards to distribution of financial revenues are also possible. It could be a sharing scheme where (a) if commercially valuable oil reserves were discovered, the investors costs (for exploration, development and exploitation) shall be refunded by the so-called compensation oil; (b) the remaining part of the extracted oil shall be distributed between the investor and the state (proportions differ from country to country); (c) the share obtained by the investor shall become the object of the income-taxation; and (d) royalties based on the value of production shall also be included.

PSAs were largely criticized by the foreign companies, considering that such precedent would affect their concessions elsewhere. However, independent companies entered into PSAs and the majors had no choice but to follow. PSAs are now spread globally and are a common form of doing business, especially in Central Asia and the Caucasus.

Joint venture (“JV”) typically implies a commercial arrangement between two or more parties willing to pursue a joint undertaking in some still to be clarified form.  A joint venture can be compared to a modern-day marriage, which has a courtship period and requires the parties to know and understand each other’s goals, interests and ways of doing business.  The low success rate of modern-day marriage applies equally to corporate joint ventures. Given the open-ended nature of the JV structure, it is not surprising that JVs are less commonly used as the underlying agreement between an oil company and a host government. Nigeria was an exception: The national oil company favored this format until it could no longer meet its share of the JV’s financial commitments. Now, new agreements in Nigeria are mostly PSAs. Since a JV demands parties do execute business goals jointly, by not resolving material issues prior to entering into a JV, the parties only postpone a potential disagreement or a stalemate, especially if a JV is a 50–50 deal. JVs require a wide range of negotiations over an extended period of time to ensure that all issues are thoughtfully addressed.

The joint-ventures may be created either between the recipient country and the foreign oil company or between several investors. The main purpose of this article being examination of the balance of interests between the host state and the foreign investor, the first type of the indicated international relationship shall be considered here.

Popularly, international oil companies often form a JV to bear the risk and share the reward for large scale or high risk ventures. As opposed to the traditional concessions and PSAs, JVs allows host country partner to exert greater control over the project. Besides sharing high financial costs of the international petroleum project, JVs is also very helpful in minimization of possible risks,  such as the geological risk  of not discovering oil reserve subsequent to the exploration procedures; the technical risk to perform in  difficult or even extreme conditions (including terrain,  weather and  temperature);  the development risk  that the found  petroleum reservoir will have such characteristics as to hamper the extraction activities; and the political risk that riots or uprisings affect the petroleum project.

State participation in the joint venture helps developing nations to obtain new petroleum technologies, know-how and professional training from a more developed foreign investor.  Collaboration with the state-owned petroleum enterprise can increase the chances for an investor to win the tender for a petroleum project. Also, if a state enterprise already has an existing license to undertake petroleum activities, the creation of a JV will allow a foreign investor to benefit from the same.

Alongside the advantages, JVs also have potential flipside such as, in the event, the project fails, the host country partner may incur substantial losses, unlike under concessions, leases and PSAs.

Often, the Government seeks to exert greater control over the exploration and exploitation of its resources. It may do this through service contracts, whereby private companies are brought into accomplish carefully delimited tasks. Unlike modern concessions, PSAs and JVs, service contracts are thought of as a device in which the host Government exercises the greatest control over a project. In this case, the host Government is only contracting in the foreign company to perform a carefully delimited service. The company does not generally share in the revenue produced. Thus, the host Government does not yield control of the resource in a meaningful way.

Under the service contract, a host Government must have the requisite technological know-how and access to capital. Often, this is not the case when exploration risk capital is required. It is important to understand that a service contract might be executed for a minor task and thus preferable to the other contract forms.

Risk service contracts. This is an arrangement whereby the oil company is engaged by the government entity as a contractor to infuse the entire risk capital for exploration and production of petroleum. In the event the contractor fails to make any discovery of oil reservoir, the contract is frustrated without any obligation on any of the parties. However, if the contractor is successful in oil exploration of commercial quantities, he is entitled to recoup expenses and remuneration for the services, in addition to a possible stake in the subsequent enterprise. If not, the company runs out of pocket.  Such arrangement guarantees the host Government to hold sovereignty over the natural resources at all times. Similar to a PSA, risk service contract addresses the situation where a host Government is seeking to use private companies to bear the risk of exploration.

Risk service contracts can be structured in primarily two forms.

Pure service contracts. Under this arrangement, the State provides risk capital for exploration and production of petroleum. The contractor simply performs its stipulated services and is paid a flat fee whether or not there is discovery. This contract is very suitable for oil producing countries with very high petroleum deposits, and therefore, very high propensities for commercial discovery like Saudi Arabia, Kuwait, Qatar, Bahrain, and Abu Dhabi.  Unlike risk service contracts, under the pure service contracts, the company also acquires an interest in the extracted resource.

Technical assistance contracts.  This arrangement is a modern form of the pure service contract. The contractor in addition to providing services related to exploration and production also transfers technology to the indigenes of the host country. The host country is exclusively responsible for the financing of the project, owns the crude oil, equipment and facilities relating to the project and manages it through the national oil company. The company provides technical services relating to all aspects of the project and seconds its own staff to run the project under the management of the national oil company.  The scope of technical assistance contracts is much narrower. As with the other service contracts, the company is brought in to perform a defined task for which it receives a fixed compensation. Unlike the other service contracts, however, the company has no possibility of acquiring an interest in the resource. The technical service contract appears closest to a transnational public-private partnership in feature, in which the host Government has the highest negotiating power.

It is fundamental to understand that the contract choice is tied as much to rhetorical needs as anything else.   The technical assistance agreement is one of a few sorts of commercial arrangements that can be used to exploit the multinationals’ technological and managerial expertise and capital resources while permitting the host nation to keep up in any event, the presence that its State oil company has control and ownership.