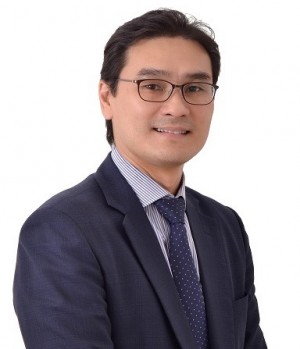 Eric specialises in matters connected with the construction, infrastructure, energy and real estate sectors.  He was a project engineer in the construction industry before qualifying as a lawyer and has since practised law with top tier regional and international law firms in Dubai, Australia and Malaysia.  He regularly provides specialist legal and strategic advice to private, public and state-owned entities including foreign law firms.

In the GCC region, Eric advises various stakeholders including employers, financiers, consultants, main contractors, subcontractors and suppliers in the construction, infrastructure, energy, and real estate sectors.  He has hands on experience in managing operational issues, contractual matters and dispute resolutions in all these sectors. On legal proceedings, Eric has advised on several complex and high value construction disputes in the UAE courts and under the DIAC, ADCCAC, ICC and DIFC-LCIA rules of arbitration.

Eric regularly work with experts in the fields of engineering, quantity surveying and forensic delay analysis, and has instructed various senior legal counsels and advocates from the Middle East and the United Kingdom.  He has also acted as an adjudicator and sole arbitrator in several construction and real estate related disputes in Dubai.

In the independent Legal 500 EMEA directories, Eric’s expertise has been acknowledged in the practice areas of construction, real estate, and dispute resolution.  In 2012, the directory reported that Eric impresses with his ‘in-depth knowledge and high level of competency combined with his prompt care, personal touch and attention to complex legal issues’ and in 2014 it was reported he is ‘particularly well versed in construction contracts‘ and ‘sensitive and proactive in responding to clients’ needs‘.

In 2017 and 2019, Eric won the International Law Office (ILO) and Lexology Client Choice Award for the construction practice category in the UAE

•Providing commercial and legal advice to several foreign investors in relation to the setting up and operation of businesses relating to real estate development and construction & engineering contracting. Recent matters include:

-assisting several foreign and public entities in the setting up of their businesses in the GCC region.

-advising Chinese State-Owned companies on UAE laws in relation to a potential IPP Project and a Design & Build building project.

•Advising a foreign contractor on the design & build of two pavilions in the Expo 2020 Dubai project.

•External legal advisor to the developer of a 5-star hotel project in Dubai featuring 352 hotel rooms and 128 executive apartments.

•External legal advisor to an EPC contractor in relation to several process plant projects in the GCC region.

•External legal advisor to a local MEP contractor in relation to an over USD50million worth of subcontract works package on a major real estate development project in Dubai.

•Instructing and advising local court advocates on several construction-related litigations in the Abu Dhabi and Dubai Courts including various summary proceedings involving applications for precautionary attachment, the appointment of court experts and preservation of evidence.

•Representing a major subcontractor in relation to claims against a major EPC contractor in respect of an ICC arbitration involving a gas plant project in Qatar. Claims circa USD 80 million

•Appointed by the Dubai International Arbitration Center (DIAC) to act as the sole adjudicator of a subcontract dispute involving the construction of a 5-star hotel. Received several other appointments and nominations by DIAC to act as sole arbitrator on real estate related disputes.

•Advising a major foreign contractor in relation to claims circa USD 100 million in respect of a high rise mixed-use project located in Abu Dhabi.

•Representing a major foreign contractor in Dispute Adjudication Board (DAB) proceedings in respect of its claim against a developer for the completion of a high-rise building in Dubai.

•Representing a property developer in DIAC arbitration proceedings involving the construction of an international sports and leisure venue in Dubai. Claims circa USD 800 million.

•Representing a local contractor in ADCCAC arbitration proceedings against a quasi-government entity in respect of the construction of a sport and club-house facility. Claims circa. USD 20 million.

•Assisting lead Counsel in several arbitration proceedings in Malaysia involving claims in relation to a metro railway station, an oleo-chemical plant, earthworks of a major hydropower project and etc.