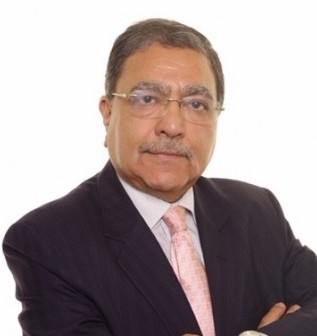 Mr. Satinder Kapur is a Partner with United Advocates and is an acknowledged expert in the area of international arbitrations, both commercial and investment treaty based arbitrations, and has personal experience of a host of jurisdictions, including England, USA, Sweden and UAE.

Mr. Kapur completed his B.Tech. (Electrical Engineering) from the prestigious Indian Institute of Technology Delhi. He went on to do MMS (Master of Management Sciences) form Bombay University, and LLB from Law Faculty, Delhi University. Mr. Kapur also qualified the Quality Lawyers Transfer Test conducted by The College of Law, London in 2011 and is qualified to enroll and practice as a Solicitor in England & Wales.

Mr. Kapur has acted as an expert in several matters before the Chancery Court, Queen’s Bench Division of the High Court in London, England, especially in respect of Maritime and Arbitration issues and has given written opinions which have been well received. Mr. Kapur also has vast experience in handling cross border transactions especially between Europe and India.