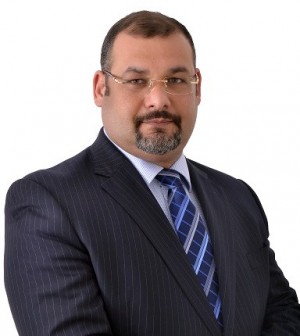 Walid is the Founding Partner and CEO of United Advocates. He has successfully managed several law firms in the UAE prior to forming United Advocates.  His exposure to various business cultures and widely divergent professionals strengthens his ability to work at all levels and for a wide variety of clients.   He strives to make United Advocates the best by providing excellent and sought-after legal services through a committed team of legal professionals and legal support staffs which has led to him to receiving the best UAE law firms of the year award in the inaugural BURJ CEO Awards in Washington DC.

Walid has a proven track record of leadership qualities and delivering value to his clients.  His clients appreciate Walid’s insights into their legal needs and clear communication skills.  His ability in crafting strategic visions to achieve business goals has rzesulted in many achievements.  And through his experience and knowledge, he has built up a strong contact network including both local and international contacts.  He has developed an exceptional background in people and case management and a professional style based on inter-personal communication skills and an ability to make the best possible use of his network of contacts.

Receiving “The BURJ CEO Awards” in Washington DC, USA which is a top recognition for top CEOs and organizations such as DP World, Emirates, Dubai Duty Free, Facebook, Hewlett-Packard Enterprise, Alibaba, Shurooq, Hollywood Studios, RAKFTZ, NBAD who were some of the top winners