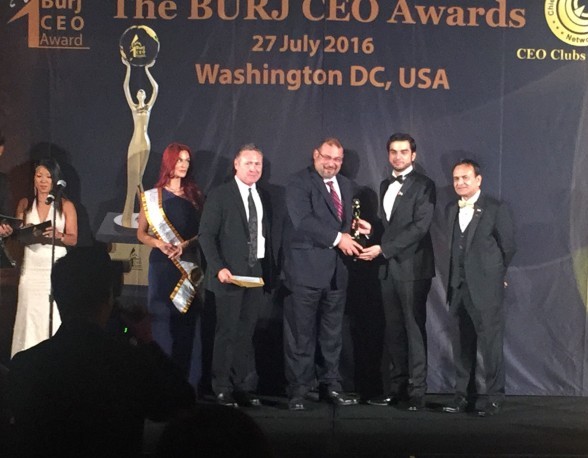 The BURJ CEO Awards was launched in Washington DC 27th July 2016. UAE Leaders, Top CEOs & Organizations from all over the world were the winners.

A distinguished judging panel composed of respected executives, entrepreneurs, innovators and business educators carefully selected the winners of the BURJ CEO Awards based on their achievements and outstanding contributions to the business infrastructure and services provided in the UAE.

In his speech Mr. Jumaa addressed a vote of thanks to BURJ CEO Awards committee and stressed on the commitment of the firm to keep maintaining its core values of trust, excellence and team work.