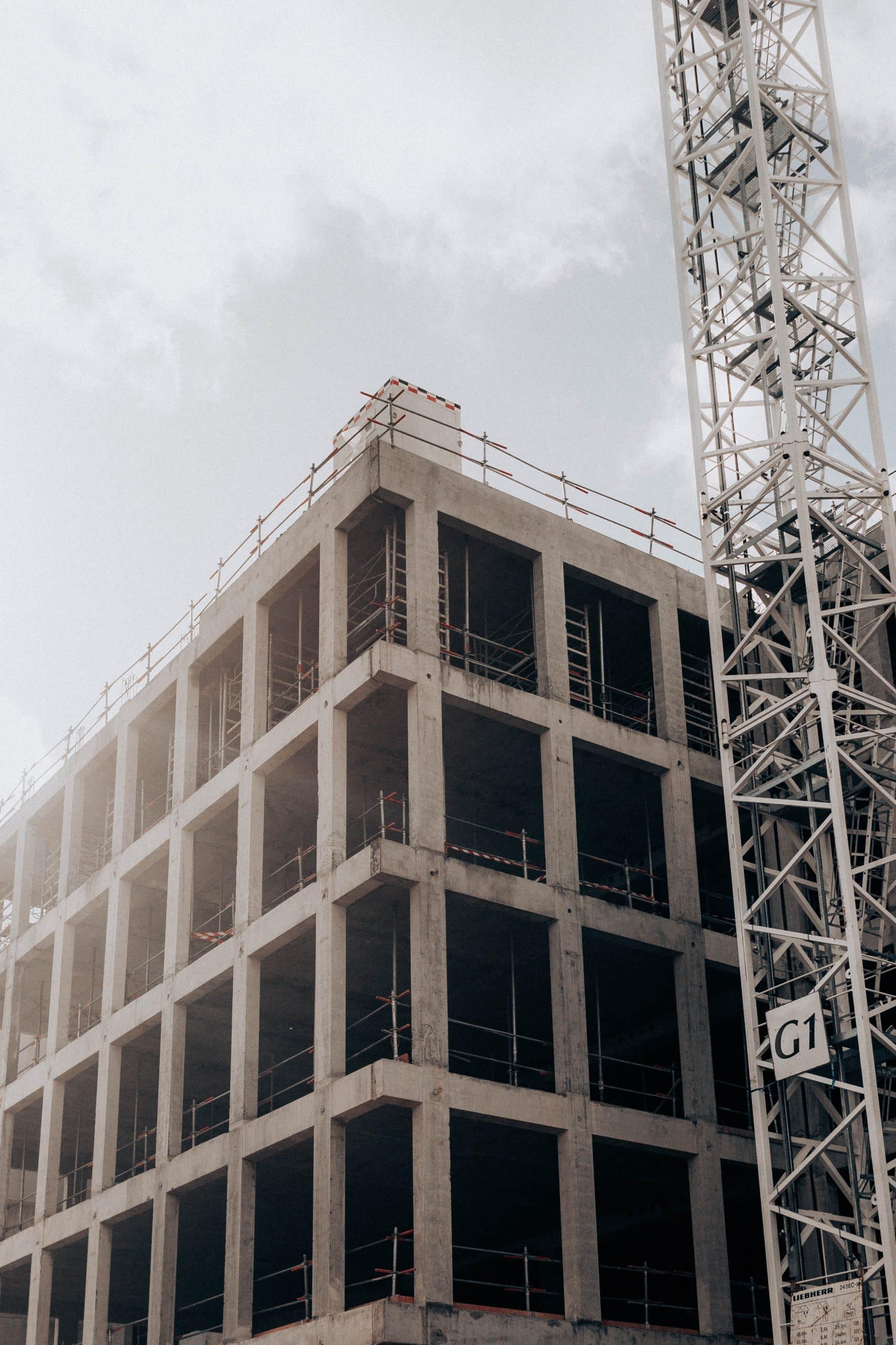 This is the second part of my two-part article revisiting an article written almost ten years ago about the common contractual issues in the UAE's construction industry (the old article[1]). In part one[2], I highlighted that these issues still prevail in the UAE and that they are consistent with the findings of Arcadis in its 2019 report[3] regarding the top causes of construction disputes in the Middle East.

In part one, I have discussed issues concerning: (i) the contractor’s right to suspend works, (ii) the engineer's instruction to recover lost time and (iii) the employer's right to employ third parties to take over part of the works.  I will now turn to three other issues under the following headings.

Most construction contracts in the UAE will designate an entity or person as the “Engineer” [4]. As explained in the old article, the employer’s architect or engineer on record will usually assume the role of the Engineer. The Engineer has the authority to carry out critical functions such as issuing instructions and payment certificates to the contractor or making evaluations and determinations of the contractor’s claims.

For various reasons, the identity of the designated Engineer or consultants might change several times during the life of the project. It is crucial to be able to pin down individuals (at any given time) who have the authority to issue important instructions and certificates under the contract. Otherwise, complications may arise - for example, without a written variation instruction from the rightful Engineer, the contractor could face difficulty when claiming additional time and money for the variation.

Another issue that I have seen occurring is when the Engineer issues a document that represents its instruction, certification or determination under the contract without the consent of the employer. The question arises whether such a document is binding on the parties, especially so if it affects the final price and completion date of the works?

To answer the question, we must appreciate that the Engineer is not a contracting party and has no right to interfere with the contracting parties’ rights and liabilities beyond the framework of the contract[5]. If the particular contract specifies the employer’s consent as a prerequisite for the Engineer to issue certain documents, without the required consent such documents cannot bind the parties – however, they would serve as a record of the Engineer’s action or opinion[6].

On the other hand, there is a provision in Sub-Clause 3.1 of the 1999 1st Edition FIDIC Red Book which provides that “…whenever the Engineer exercises a specified authority for which the Employer’s approval is required, then (for the purposes of the Contract) the Employer shall be deemed to have given approval...”. This deeming provision appears to impose the burden on the Engineer that he must obtain the employer’s consent before exercising any specific authority[7].

And as far as the contractor is concerned, it can take it at face value that the Engineer’s action is binding unless the employer explicitly objects to it[8]. But the same clause also provides a safeguard for the employer where it clarifies that the Engineer’s action or inaction cannot “… relieve the Contractor from any responsibility he has under the Contract, including responsibility for errors, omissions, discrepancies and non-compliance”.

"Back to back" payment terms are notorious in the UAE construction market, they prevent subcontractors from receiving payments if their main contractors do not receive the corresponding payments from the employers. However, the application of these payment terms is not always straightforward, and bad drafting makes it more complicated. The old article highlighted that “The uncertainty with these provisions is often exacerbated by badly drafted provisions, e.g., what is meant by "the subcontract will be on a back to back basis"? Does this incorporate a "pay if paid" or a "pay when paid" provision...?”.

In the UAE, the local courts have upheld "back to back" payment terms and treated them as conditional terms falling within the scope of Articles 420 to 428 of the UAE Civil Code (Federal Law No. 5 of 1985) without consciously drawing a distinction between the "pay if paid" and "pay when paid" arrangements. Under the "conditional term" regime, Article 424 mandates that the “condition” must not be something which is “impossible” or violates “public order or morals”. In the context of a "back to back" payment term, the “condition” is such that it requires the main contractor to receive payment from its employer before it is obliged to pay its subcontractors - this leaves a lot of room for interpretations and arguments.

There are conflicting court decisions on the enforcement of “back to back” payment terms - this is inevitable given the fluid nature of the civil law system in the UAE.  In my view, when deciding whether or not to enforce a "back to back" payment term, a clearer application of Article 424 is needed and more attention can be given to the interpretation of the payment term itself to distinguish between the "pay if paid" and "pay when paid" arrangements.

In addition to the five issues raised in the old article, I have in recent years encountered problems concerning poorly drafted dispute resolution clauses which I will cover under this heading.

The dispute resolution clause is a common feature in construction contracts. It contains procedures to help parties resolve their differences. The clause would usually require the disputing party to notify the other party about the substance of the dispute. The parties would then attempt a prescribed process to settle the dispute, failing which the dispute would likely end up in arbitration or the courts for resolution.

In the UAE, there is a variety of legal forums where disputes under a construction contract can be referred to for final resolution through the agreement of the parties or by operation of the applicable law. These forums include: arbitration (whether an ad-hoc arbitration, court-administered arbitration or institutional arbitration), the onshore courts of the UAE (the federal and Emirate level courts), the offshore courts in Abu Dhabi and Dubai (i.e. the Abu Dhabi Global Market (ADGM) and Dubai International Financial Center (DIFC) Courts) and the courts in foreign countries. As such, contracting parties have wide choices when it comes to selecting a legal forum. They will have to choose the most viable forum having regard to the parties, contract, project, etc.

A well-drafted dispute resolution clause must be precise as to which legal forum will apply and what are the “rules of engagement” for the selected forum. These rules can include matters whether the selected court forum has exclusive jurisdiction or not and if an arbitration forum is selected, the following details should follow: the seat, rules and language of the arbitration, and preferably the number of arbitrators on the arbitration panel. I have come across poorly drafted dispute resolution clauses that do not specify the “rules of engagement” correctly or clearly, one example is referring to a non-existent arbitration centre or arbitration rules.

The UAE’s construction industry has generally recovered from the impact of the 2007- 2008 global financial crisis, but it continues to face internal and external challenges. More so in recent years with the relatively low oil price environment coupled with the oversupply of new real estate properties. Although the UAE government at both the federal and Emirate levels have taken measures to boost the local economy, the uneasy global market conditions and various predictions of a potential worldwide recession are dampening the recovery. In these challenging times, construction industry players must remain vigilant about the recurring issues in the industry so that they can deal with them appropriately to reduce unnecessary conflicts.

*Eric Teo is the Head of International Practice & Special Projects in United Advocates and has been in the GCC region for over 11 years. He was a project engineer in the construction industry before qualifying as a lawyer and has since practised law with top tier regional and international law firms in Dubai, Australia and Malaysia.  He specialises in matters related to the construction, real estate, infrastructure and energy sectors and advises various stakeholders, such as employers, financiers, consultants, main contractors, subcontractors and suppliers.

Eric’s expertise has been recognised by the Legal 500 EMEA directories and he is the winner of the Lexology Client Choice Award for the construction law practice category in the UAE for the years 2017 and 2019.

[5] See the explicit caveat in Sub-Clause 3.1 of the 1999 1st Edition FIDIC Red Book where it states “The Engineer shall have no authority to amend the Contract”.

[7] Otherwise, the Engineer may be in breach of its duty under the consultancy services agreement that it entered into with the employer.

[8] This is perhaps one of the underlying reasons for the common practice in the UAE which requires the employer’s signature on important documents such as variation orders and payment certificates.