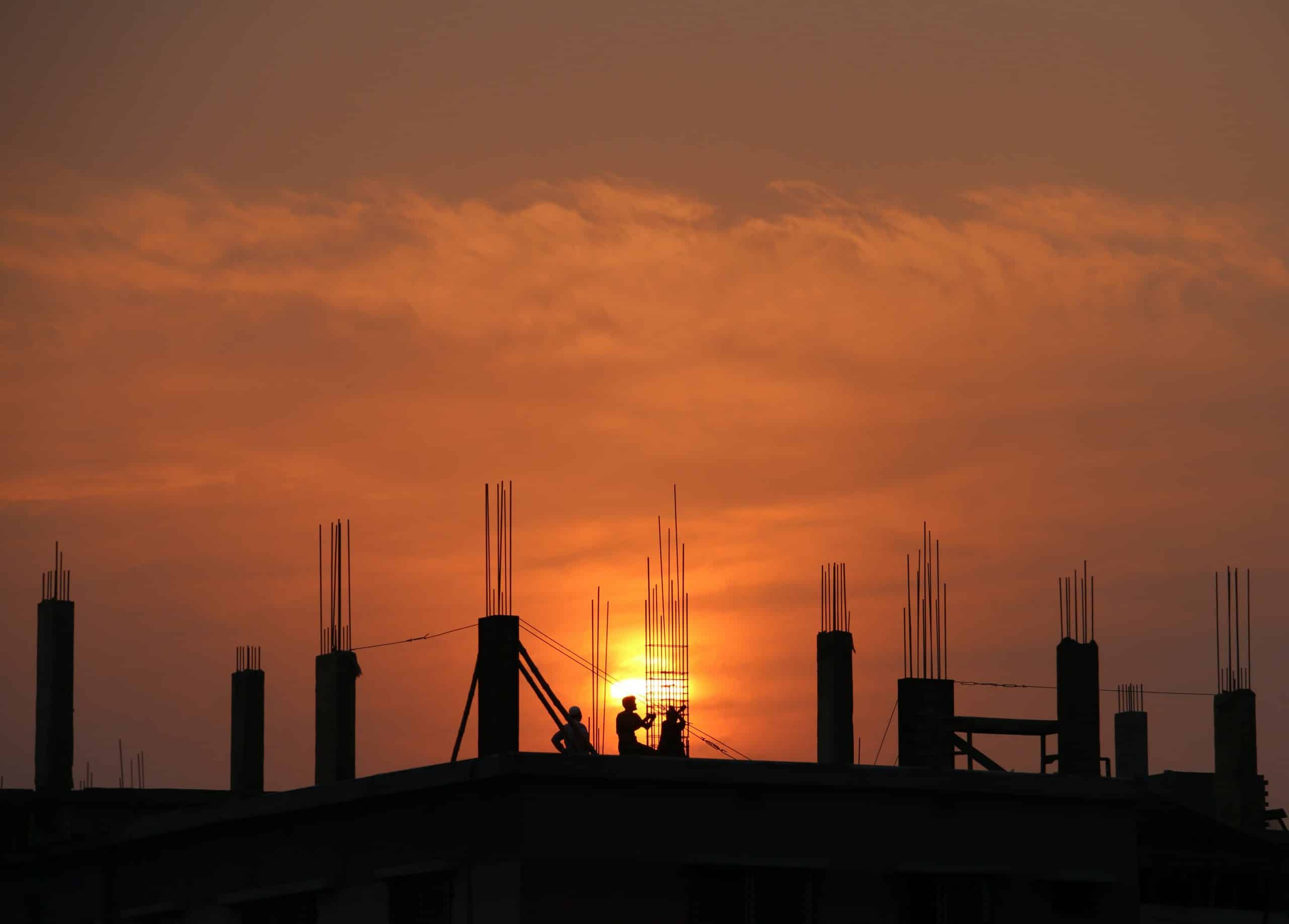 In 2010 I co-wrote an article highlighting the common contractual issues or disputes that were plaguing the construction industry in the UAE (the old article)[1].  That article was published when the industry was going through a very tough economic environment following the global financial crises that started with the US subprime crisis in late 2007.  Almost ten years on, the same issues are still prevalent in the industry.

The Arcadis’ 2019 Global Construction Disputes Report[2] described the following situations as the top three causes for construction disputes in the Middle East for 2019: (1) “poorly drafted or incomplete and unsubstantiated claims”,  (2) “a failure to properly administer the contract” and (3) “owner/ contractor/ subcontractor failing to understand and/or comply with its contractual obligations”. The issues discussed in the old article are relevant and consistent with the top three causes reported by Arcadis, so it will be helpful to recap these long-running issues in the industry.

In this two-part article, I will revisit the issues raised in the old article and highlight new perspectives to provide readers with more awareness about them. These issues were previously separated under five headings. The first three headings are covered below.

If the contract does not expressly allow nor prohibit the contractor from suspending work, then whether the general right to suspend work under UAE law can apply or not will depend on the particular facts and contract. So, contractors must tread carefully when weighing their options.

From the employers' standpoint, they may also face various risks if their contractors suspend work. An obvious one is the risk of an incomplete project if the contractor decides not to resume work until it receives full compensation for the suspension. In the end, the suspension may cause the employer more money (and sustain reputation damage) than if it had secured financing to avoid the non-payment situation that led to the suspension.

In my view, it would serve both contractors and employers better if they can, at the outset,  recognise the possibility that their project may run into cash flow problems and the need for them to deal with this possibility. For example, the parties could agree on a commercial bargain whereby in certain events the employer can request the contractor to reschedule the contract program or suspend a distinct part of the works provided that the contractor will receive compensation based on a pre-agreed list of rescheduling or suspension costs (to the extent possible).

Normally when works get suspended due to non-payment, the contractor would claim its prolongation cost and the claim is passed on to the employer’s consultants for evaluation and negotiation, but this often leads to disputes. Thus, the pre-agreed list of rescheduling or suspension costs can help encourage parties to engage more constructively. For this example to work, a similar arrangement may need to be in place between the contractor and its major subcontractors and suppliers.

On the contractors’ responsibility to accelerate work and recover lost time, the old article stated that “…the engineer or the employer's representative will usually have the power to instruct the contractor to increase the rate of the works or to take steps to recover any delay should the actual progress or physical status of the works indicate that the works will not be completed by the contractual deadline...”[5] and “The issue becomes more complicated when the contractor argues that it was not responsible for the delays that have occurred…  that the engineer has failed to grant a reasonable extension of time…”

The old article advised parties to engage lawyers as early as possible when dealing with complicated extension of time claims or delay analyses. In preparing and reviewing an extension of time of claim, parties must know their respective rights and responsibilities arising from each delaying event, the adequacy and probative value of the supporting records and documents, and the suitability of the method of delay analysis and its presentation.

Very often, the essential requirements of a claim are not adequately thought out or addressed from the start, which always causes misunderstandings and disputes between the parties. In the Arcadis report, “Poorly drafted or incomplete and unsubstantiated claims” was described as the number one cause for construction dispute in 2019, the report also commented that “This is likely to mean that the party receiving the claim, whether an employer, contractor, subcontractor or supplier, will not go through the burden of considering a claim that is not narrated and substantiated up to a professional standard…”.

Therefore, contractors (employers, subcontractors and suppliers too for that matter) must always address any deficiencies in their claims as early as possible, not only for the sake of getting the appropriate attention, but also to avoid their claims from being compromised if matters end up in legal proceedings down the road.

However, situations are rarely ideal as most contractors have limited resources (constrained by time, finance or knowhow) and are seldom in the position to seek legal advice early. Under intense pressure, they would often proceed to accelerate work to appease the employers while they protest against the employers’ refusal to grant extensions of time. The risk here is that the contractors may let their guard down thinking that their protest alone is sufficient to protect their rights to extensions of time and the costs for prolongation or acceleration.

Inevitably, complications will arise when acceleration works are carried out before the parties can agree on who is responsible for the pre-existing delays (and the extent of it). The situation gets more complicated if concurrent delays are involved either before or after the acceleration work has started. Contractors need to be in control of their work progress and the impact of all delaying events in every situation. This is important so that they know when to issue a claim notice (for each delaying or acceleration event) and what documents to submit to substantiate their claims.

As to the employers’ right to employ third party contractors, the old article clarified that “…omission of any part of the works from the original scope of the contractor is not permitted if such works are to be carried out by the employer or a third party (see Sub-Clauses 51.1(b) and 13.1(d) of the 1987 and 1999 FIDIC Red Book respectively)…” however “…there are limited situations when an employer may engage a third party to intervene without terminating the contract …”.

However, I have seen contracts whereby the employer can employ third parties to accelerate or take over the original contractor’s works if the contractor cannot recover delays to the employer’s satisfaction regardless of whether the delays were caused by the contractor or not.

Contractual provisions that allow employers the right to engage third parties might well be necessary for projects that serve the public or have a very critical completion date for which money will not be an adequate compensation if the project is late. The problem here is that employers may abuse these provisions by compelling contractors to accelerate work at their own cost even though they were not responsible for the delays.

Making matters worse, an employer might take the opportunity to give part of the works to a third party at a lower price for its financial benefit. Hence, contractors must strengthen their ability to prepare and submit strong and timely extensions of time claims to restrict employers from using delays as an excuse to employ third parties. In this regard, the points discussed under the second heading above are relevant for consideration.

This is the end of part 1 of this two-part article. In part 2, I will discuss the following three headings: (i) The designated “Engineer” under the contract”, (ii) “Back to Back " and "Pay if Paid" payment provisions, and (iii) “Poorly drafted dispute resolution clause”. The third heading covers a new issue that I have seen recurring in recent years.

He was a project engineer in the construction industry before qualifying as a lawyer and has since practised law with top tier regional and international law firms in Dubai, Australia and Malaysia.  He specialises in matters related to the construction, real estate, infrastructure and energy sectors and advises various stakeholders, such as employers, financiers, consultants, main contractors, subcontractors and suppliers.

Eric’s expertise has been recognised by the Legal 500 EMEA directories and he is the winner of the Lexology Client Choice Award for the construction law practice category in the UAE for the years 2017 and 2019.

[6] For example, under Sub-Clause 7.6 of the 1999 1st Edition FIDIC Red Book, the employer may employ third parties to rectify defective works or protect the safety of the works if the contractor fails to do so despite the engineer’s instruction, and under Clause 5 of the same conditions, the employer has the right to select nominated subcontractors for the contractor’s employment.