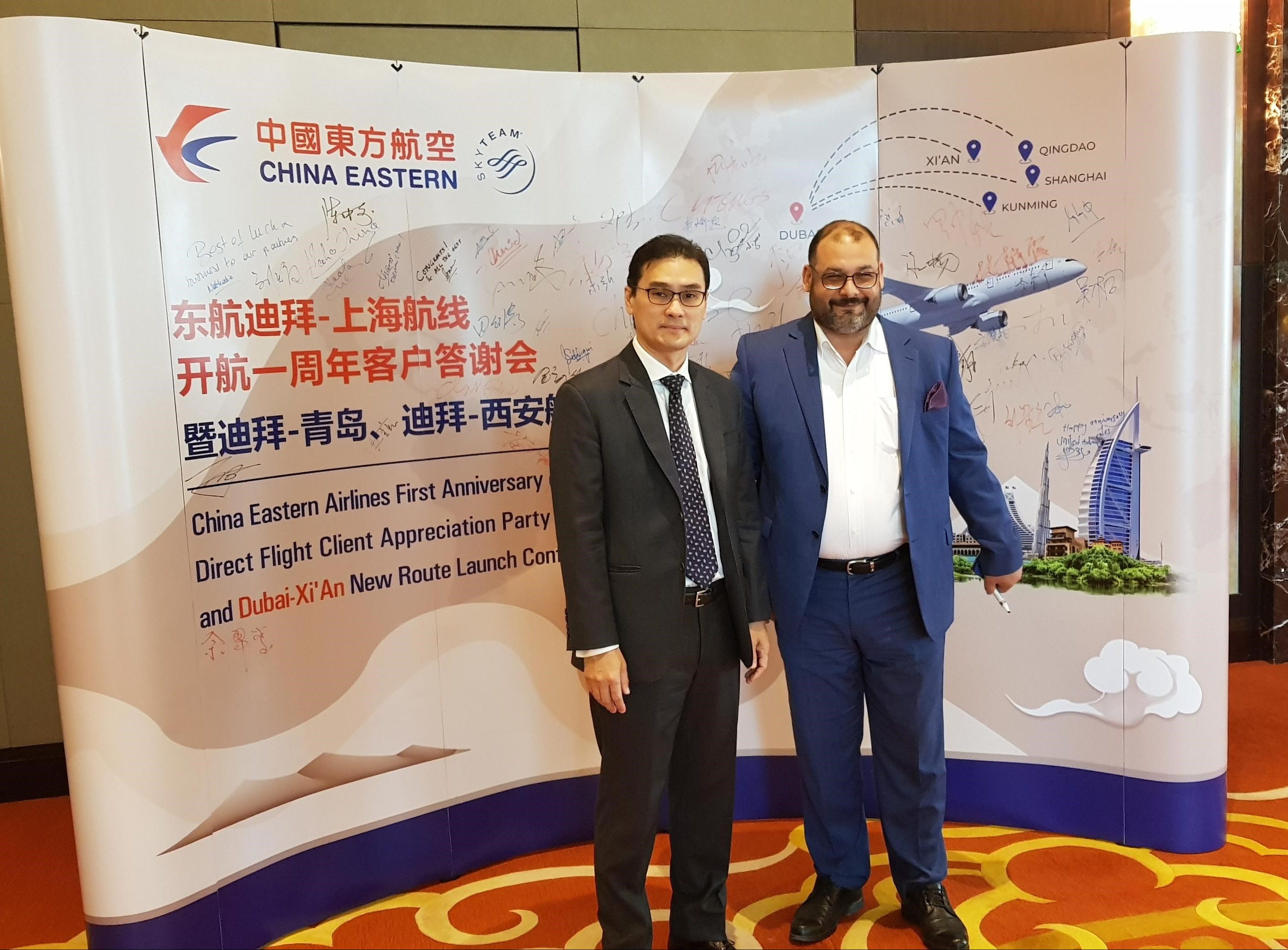 Our Mr. Walid Jumaa and Mr. Eric Teo attended our client’s event (China Eastern Airlines) in conjunction with the launching ceremony of their new Dubai-Qingdao and Dubai-Xi’an flight routes. The launch marks the further expansion of China Eastern Airline business in the region.

The ceremony was held on 16 October 2019 at the Conrad Hotel, Sheikh Zayed Road and attended by several dignitaries including the Chinese Consulate-General in Dubai and VIPs from Dubai Airport and the Dubai Chinese business community.